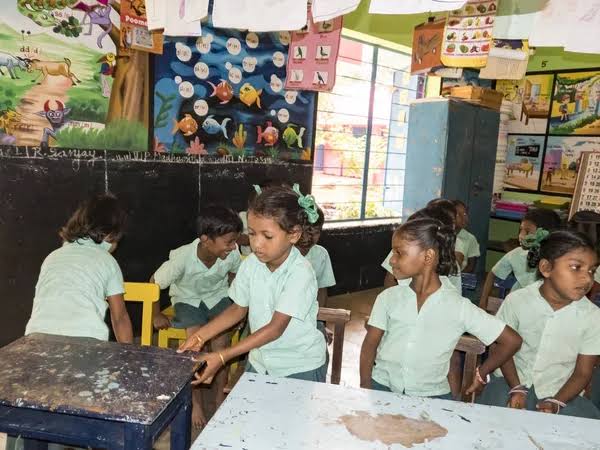 Haryana Education Department has now decided to provide unique education to children through children’s songs under FLN, after successfully passing several milestones like Super-100, e-learning, tablet, smart classroom, and skill passbook. For which the department has inspired about 30,000 primary teachers working in all government schools to write children’s songs. Children’s songs will be published after conducting cluster, block, district, and state-level competitions. Then later through the same children’s songs, government school students will be trended by giving unique education. The education department believes that often the names of villages, districts, tehsils, rivers, oceans, mountains, and continents are told in children’s songs.
Even the names of India’s great heroes, heroines, and dignitaries are made from children’s songs. Then students also hum them through poems. Similarly, if we talk about mathematics, then there are many children’s songs about the concept of counting, mountains, weight, SuperMoney, shape, area, length, and near-far. Children’s songs have been given an important place in the teacher-trainer program conducted by the department. As a result of which a competition will be organized to motivate them to write some children’s songs. Rs 2000 per cluster for 1415 awards at the cluster level, Rs 10 thousand per block for 119 awards at the block level, and Rs 30000 per district for 22 awards at the district level.