A strange activity by the education department: appointment of a deceased teacher in a vacant post in the school 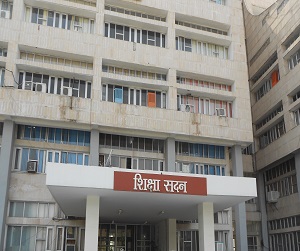 A strange case was brought in light at’kashi ka Bas ‘ village of Elanabad in Sirsa district .Negligence of the education department Department towards its teachers . is evident from transfer list which was released on 9 September 2022.The Department transferred teacher Hansraj,who died three months ago,to Kashi ka Bas village school.
This strange act was than reported and protested by peolple of Village

The deceased teacher Hansraj has been transferred from village Salamkhera in Odhan block of Sirsa district to a secondary school in village “Kashi Ka Bas” of Elanabad block. It seems that Hansraj’s spirit is still working in the records of the Education Department. Her spirit was teaching children in Salamkhera of Odhan block for the past three months. Now her spirit will teach Sanskrit in the secondary school of Kashi Ka Bas in Elanabad block.
Why Is the education department so careless?

On this occasion, the villagers expressed their anger against the Haryana government and the education department and said that we have been protesting in front of the school for the last 21 days regarding the demands of the teachers and the government has played this cruel joke on us, due to which the entire village Angry, he said that a deceased teacher has been transferred to his village which is very unfortunate.

Along with this, Aam Aadmi Party leader Krishna Verma said that” The government is not serious about education. There should be an inquiry into how the dead teacher is being transferred.punjab kesari