Latest news for Indians from America regarding H-1B visa; 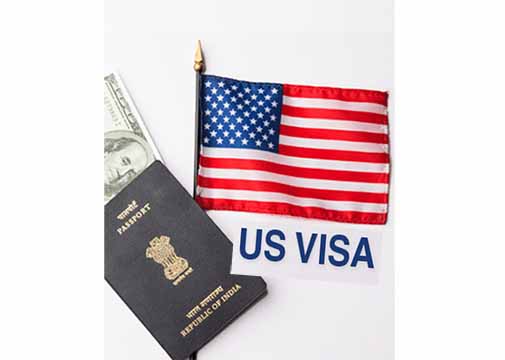 A President’s Commission on Asian Americans and Pacific Islanders has unanimously passed a recommendation to stamp H-1B visas in the US. If President Biden approves it, it will bring a huge relief to thousands of professionals, especially Indians.

According to news agency Bhasha, the H-1B visa is a non-immigrant visa that allows American companies to hire foreign workers in specialized fields.
Technology companies depend on it to recruit thousands of workers every year from countries like India and China. The current process requires an individual to apply for a visa stamp at the US consulate or embassy in their home country to work for a US company.

The President’s Advisory Commission on Asian Americans, Native Hawaiians and Pacific Islanders made the decision at a meeting held at the White House on Wednesday. A large number of people waiting to obtain or renew H-1B visas are facing uncertainty.

Because their visa applications are pending in countries like India and the waiting time there is currently more than a year. Indian-American citizen Jain Bhutoria, a member of the commission, had recommended stamping the H-1B visa.

“Our immigration process gives H-1B visa holders the opportunity to stay here in America and contribute to our economy, innovation and economic growth,” Bhutoria told commission members at the meeting.

He said that H-1B visa holders face problems and are sometimes forced to be separated from their families. There are also situations when many people whose parents are admitted to the ICU or are in critical condition or a guardian dies.

But they are not able to go back, because they fear that the visa application may not be stuck in their country. Bhutoria said, “The waiting period to get a visa in India is 844 days. Pakistan, Bangladesh and many other countries are also in the same situation.

So their visas are not stamped and they are stuck. Chief Commissioner of Indian Origin Sonal Shah said that it is an issue of separation from family and dignity of the H-1B visa holder.