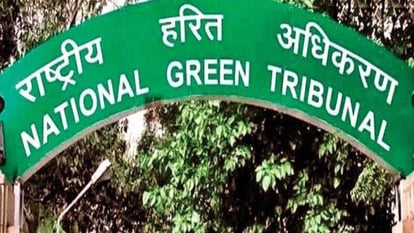 The National Green Tribunal (NGT) has directed the Haryana Chief Secretary to deposit Rs 100 crore as compensation for the ongoing damage to the environment. The bench headed by Justice Adarsh ​​Kumar Goyal has also constituted a 9-member committee under the chairmanship of Haryana State Pollution Control Board.

The Committee may assess the performance of the Contractor engaged as per the Concession Agreement and if it is found that the Contractor has failed to perform as expected, the Committee may make suitable alternative arrangements to replace the Contractor, as observed earlier by the Tribunal. was gone
The tribunal noted that the dump site in question is the Bandhwadi landfill site in Gurugram, where around 33 lakh metric tonnes of solid waste is dumped over the years.

The tribunal was hearing a case in which a waste management project was developed and a contract was awarded to a Chinese company – Eco-Green Energy Pvt Ltd in 2017.