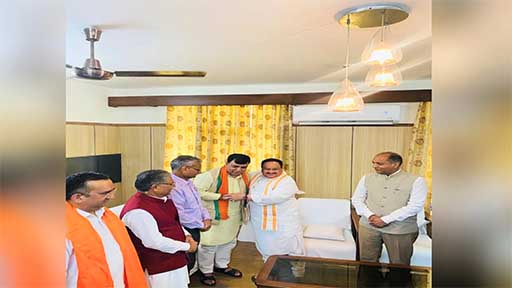 Three-time former MP Suresh Chandel resigned from the Congress party on Tuesday and returned to the BJP after three years.

BJP state president Suresh Kashyap said that Chandel has joined BJP after resigning from Congress. He has been the state BJP president before this. This is a big blow for Congress.

Kashyap said that the reason for the Congress leaders joining the BJP is nepotism in the Congress. BJP will get more majority than before in the upcoming assembly elections.