149 people have died in the stampede during the Halloween festival 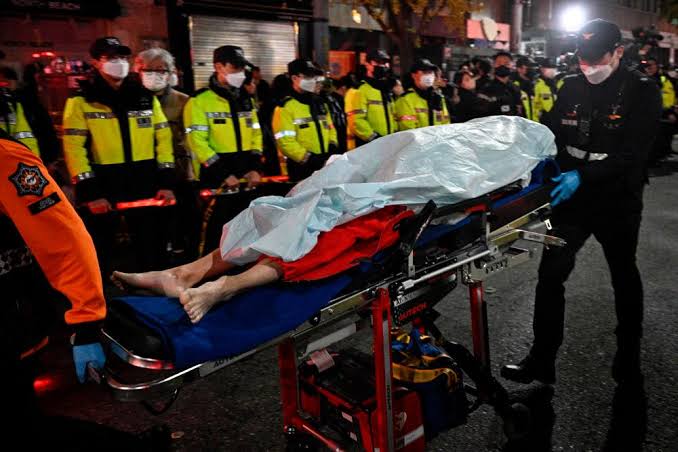 So far 149 people have died in the stampede during the Halloween festival in Seoul, the capital of South Korea. More than 100 people are said to be injured in this incident. During this time, dozens of people also had heart attacks. The entire world got affected by this event.

According to reports, the crowd of people involved in this festival entered a narrow street and during this stampede, this painful accident took place. The President of South Korea, Yun Suk Yeol, issued a statement and asked to ensure the treatment of the injured as soon as possible. Many videos of this incident are going viral on social media, in which people can be seen lying down on the streets. And the medical team is giving them CPR treatment.
Rishi Sunak, who recently held the post of British Prime Minister, expressed his grief over this incident in Seoul. He tweeted and said that there was terrible news from Seoul tonight. Our condolences are with the victims and all citizens of South Korea in this hour of grief.

US President Joe Biden also expressed his grief over the incident by tweeting that Jill and I express our condolences to the families who lost their loved ones in Seoul. We stand with the people of South Korea in this hour of grief and wish the injured a speedy recovery. America stands with South Korea in this crisis.