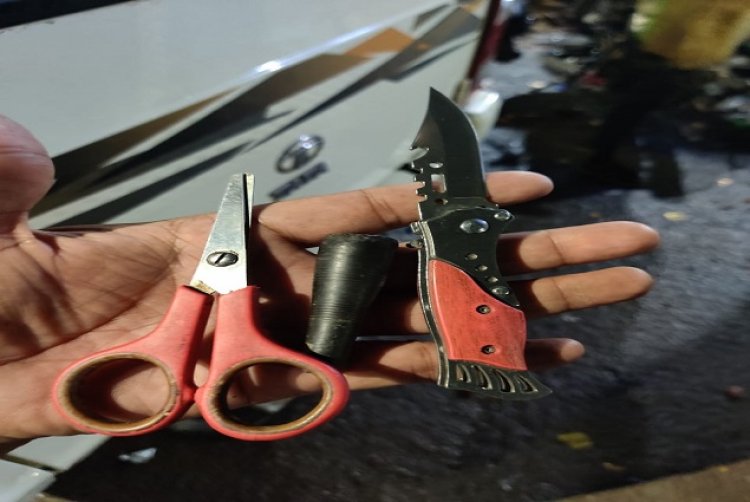 The police spokesperson said that most of the arrested miscreants have been caught from Jayastambh Chowk and other areas including Malviya Road.

Raipur, public awareness. More than 20 miscreants have been arrested in police investigation during the Ganesh Virsajan procession in the capital. Knife, scissors, iron rod and other dangerous weapons have been recovered from all of them. The police have registered an offense against the miscreants under the Arms Act.

Police spokesperson Ghanshyam Sahu said that most of the arrested miscreants have been caught from Jayastambh Chowk and other areas including Malviya Road.

According to the spokesperson, the intentions of these miscreants are dangerous who arrive with weapons with the intention of committing a crime. They could have committed the crime during the Ganesh Visarjan Chal ceremony. He said that most of them are habitual crooks who bought knives online. All have been produced in court under the Arms Act and sent to jail.

More than 50 mobile tableaus have come out

Let us tell you that on Monday, more than 50 tableaus participated in the Ganesh Virsajan procession. At 8 o’clock in the night, the tableaus started to come out. At 12 o’clock on Tuesday afternoon, the last tableau reached the immersion site Mahadev Ghat and the idol was immersed. After 2 years of Corona, immersion procession was organized, due to which many people participated.