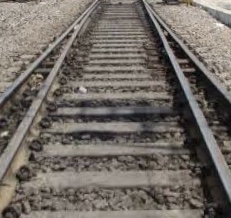 Lucknow. A 9th class student Aditya Tiwari allegedly  attempted suicide on the railway track of Gomti Nagar extension area in Lucknow.He wanted to avoid Parents teacher meeting at school .Police also found a sorry note from Aditya Tiwari to his teacher which said “”Respected ma’am, I am Aditya Tiwari of Class 9-C. I apologize for my mistake, what I did, which is extremely wrong. Ma’am, I promise this will never be repeated again.”

Seeing the injured student on the railway track, local people informed the police. The police reached the spot and admitted the student to the hospital.  the student is undergoing treatment  in Lohia Hospital. The student wrote that such a mistake will not happen again, forgive me once ma’am.

The note found in the school bag, the police arrived at the spot and admitted the child to the hospital and when they saw the note in the bag lying there, it was written in English. The bag and the copy have been seized by the police