Amar Singh, a Sikh of Indian origin, won the NSW Australian of the Year award 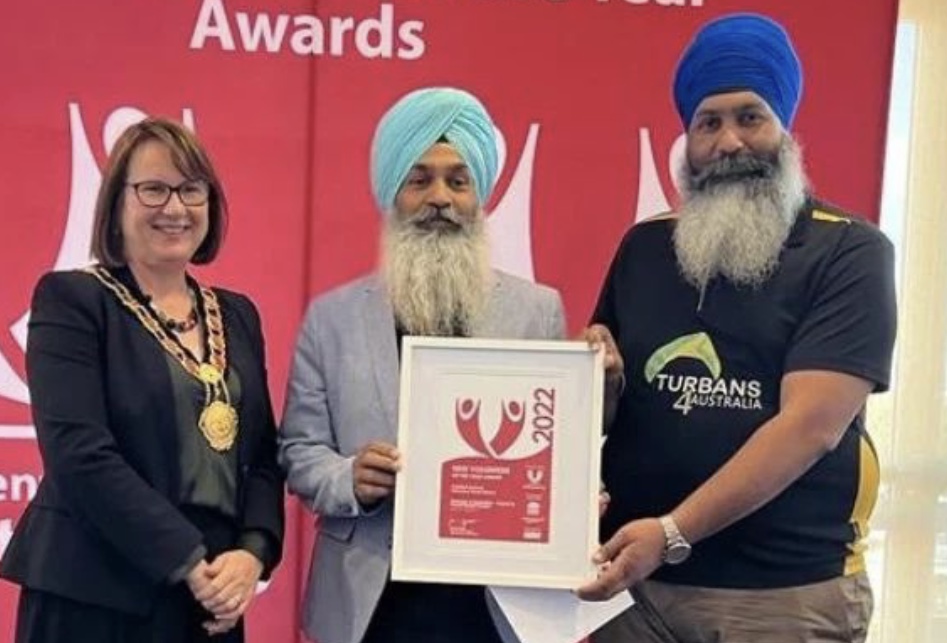 Amar Singh, a Sikh of Indian origin, has been awarded the New South Wales Australian of the Year award for helping communities affected by disasters such as floods, bushfires, droughts, and the Covid-19 pandemic. 41-year-old Amar Singh is the founder and president of ‘Turbans 4 Australia’. It’s a charity organization that supports people affected by financial hardship, food insecurity, homelessness, and natural disasters. Turbans 4 Australia tweeted last week, “Our president and founder were named an NSW Local Hero this week. We are proud of you.” Amar Singh, who was honored in the Local Hero category, faced racial discrimination in 2015 because of his Sikh turban and beard, a New South Wales (NSW) government release said. After which he established a charity.

Singh said, “A colleague once told me that I look like a terrorist. During my daily life, strangers on the street often asked me if I was carrying a bomb, or what I was hiding under my turban.” “I wanted Australians to see Sikhs as people they could trust and turn to in times of need,” he said.
Singh said that he has been very fond of community service since his childhood. Every week, Singh and his organization deliver food and grocery hampers to people suffering from food insecurity in Western Sydney. He helped farmers facing drought. Delivered essential supplies to flood victims in Lismore and those affected by wildfires on the south coast. Arranged food for isolated and vulnerable people during the covid-19 lockdown.
Singh was awarded a Member of the Order of Liverpool (Honorary) in 2021. Singh volunteered during the Sydney 2000 Olympic Games, the Invictus Games, and the Gold Coast Commonwealth Games. Since its inception in 1960, the Australian of the Year Awards has honored an extraordinary group of highly respected Australians who have ignited debate and change on issues of national importance. Apart from Singh, there are four other recipients of the award from NSW, who will join award winners from other states for the national awards ceremony in Canberra on January 25, 2023.