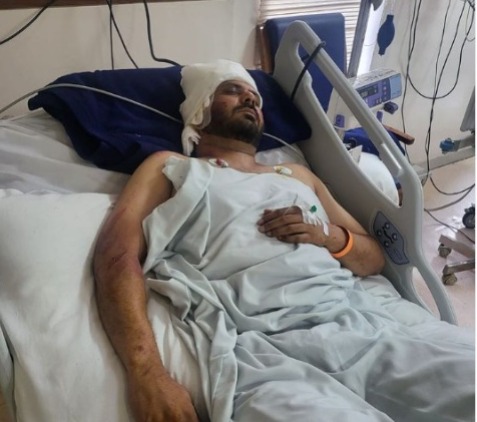 Rapper Honey Singh has given this sad news by sharing a photo of singer Alfaz.

Honey Singh has shared Alfaz’s photo on Instagram. In this photo, Alfaz can be seen in a hospital bed. He has a serious injury on his head. One of his hands is also placed on the pillow. It is clear that Alfaz’s condition is very bad. Honey wrote in the caption, ‘Someone attacked my brother Alfaz recently. Whoever made this plan, I will not let go. Please pray for him.’

Many artists of the Punjabi industry have prayed for Alphaz’s speedy recovery. Along with this, the fans are also surprised with this news. The identity of those who attacked Alfaz has not yet been ascertained. Let us tell you that Alfaz is a famous Punjabi singer. Apart from this, he is also an actor, model, writer.

His real name is Anjot Singh Pannu. Alfaz was born in Chandigarh. He made his singing debut in 2011 with the Punjabi song Hi Mera Dil. Apart from this, he sang the birthday bash song in Bollywood. Alfaz appeared in films in 2013.

His first film was Jatt Airways. Alfaz is said to have started writing songs at the age of 14. Her first written song was inspired by her crush. After reaching 12th standard, he started working in a call center.

Also, he used to conduct Bhangra  classes in schools and colleges. At that time his salary was 25 thousand rupees. Alfaz was also known as Lyrical Master in his childhood. It is said that he writes songs inspired by his own life.

Note :except the headline was edited by Team BurningUpdates rest of the article is taken from Syndicate feed.