Ban on 5 medicines of Patanjali. 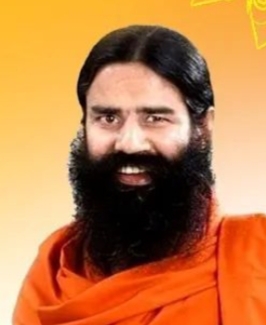 Ban on 5 medicines of Patanjali: The Uttarakhand government has banned the production of 5 medicines of yoga guru Baba Ramdev’s Patanjali group. These medicines are manufactured by Divya Pharmacy. The action was taken based on a complaint filed by Kerala ophthalmologist KV Babu in July. KV Babu sent another complaint to the State Licensing Authority (SLA) through email on October 11.

According to the reports, the order of the ban was issued by the license officer of Uttarakhand Ayurvedic and Unani Services. GCS was issued by Jangpangi. He accused Patanjali of misleading advertisements. Later this news was published by many media houses.

Names of medicines which have been banned

According to a report, the order was issued by Dr. GCS Jungpangi, Licensing Officer, Uttarakhand Ayurvedic and Unani Seva and accused Patanjali of misleading advertisements. The Ayurveda and Unani Licensing Authority in Dehradun, Uttarakhand has directed Divya Pharmacy to stop production of Madhugrit, Eye Grit, Thyrogrit, BPgrit, and Lipidomics.

In this order, the authority has asked Patanjali to seek re-approval for the banned drugs after making changes in the formulation sheet and label. That is, the company will be able to resume production only after approval of the changes. The authority has asked the company to immediately remove the misleading advertisements. Also advised to run any advertisement only after getting permission in future. Failure to do so has also warned of withdrawal of the production license. Jangpangi has also asked for a response from the company within a week.
Every drug is made under the supervision of 500 scientists: Baba Ramdev

In a statement, the company said – All the products and medicines manufactured in Patanjali are manufactured according to the prescribed standards. Every product is made with the help of more than 500 scientists in high-level research and quality of Ayurveda tradition. The letter circulated by Ayurveda and Unani Seva Uttarakhand on November 9 in a sponsored manner has not yet been made available to the Patanjali Institute in any form. The company has said that either the department should correct its mistake and take proper action against the person involved in the conspiracy, otherwise the company will take legal action to compensate the people involved as well as Patanjali.