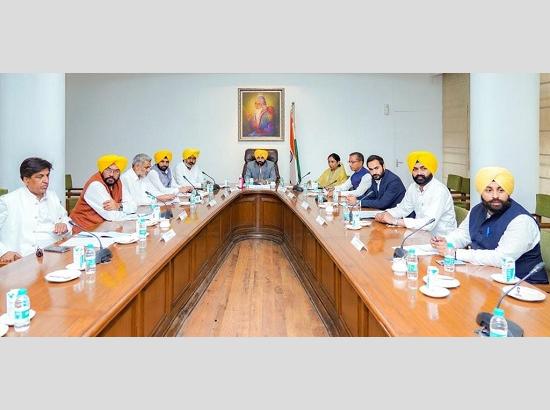 Punjab Finance, Planning, Excise and Taxation Minister Advocate Harpal Singh Cheema said that the Enforcement Wing (State GST) of the Tax Department has collected Rs 101.38 crore in the first five months of the current financial year with a recovery rate of 63.7 percent. 61.92 crore was recovered during the same period last year.

Finance Minister Harpal Singh Cheema says that to prevent tax evasion in Punjab, the state government has given the green signal to establish a tax intelligence wing.

Expressing this, the Excise and Taxation Minister said that the Punjab government led by Chief Minister Bhagwant Mann is taking a positive approach towards the honest taxpayers and is ensuring that their complaints are resolved as soon as possible, while strict action is being taken against tax evaders.

Elaborating on the major reforms implemented in the current financial year, Advocate Cheema said that various activities are being carried out by the tax department to make people aware of timely payment of GST, while the enforcement wing has targeted tax evaders. Keeping an eye on it. He further said that the wing has so far recovered Rs 11 crore in inspections alone with the help of field recei and data mining. During the same period last year, only Rs 4.67 lakh was recovered by the department.

The minister further said that due to the enforcement wing being more vigilant against tax evaders, there has also been significant progress in the cases caught during transportation of goods. He said that the Enforcement Wing has so far imposed penalty in 3191 cases related to transportation of goods resulting in a revenue of Rs 90.40 crore during this financial year as against Rs 61.80 crore in 2235 cases during the same period of last financial year. had an income of

Tax Commissioner Kamal Kishore Yadav said that better coordination between state and central GST authorities has resulted in faster investigation of enforcement cases. He said that earlier the department lacked vehicles but now the government has sanctioned more vehicles for easy access so that the enforcement wings can crack down on tax evasion cases in every nook and cranny of the state.