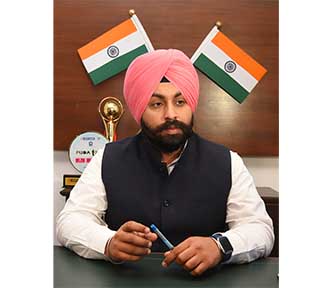 The Punjab government issued a grant of crores to establish better infrastructure in the government schools of the state.

45.66 crores will be spent for the purchase of new items in place of damaged items in government schools: Harjot Singh Bains

This information was given by Punjab State School Education Minister Harjot Singh Bains. Bains said that this amount has been released to government elementary (primary and middle) and high and senior secondary schools in the state.

He told that with this amount new ones are to be purchased in place of worn-out school equipment. He told that apart from this, sports equipment, laboratory equipment, and necessary teaching aids can be procured.

Along with this, this amount is also used to maintain the infrastructure which includes classrooms, libraries, labs, toilets, and more.

Bains said that it has also been decided for each school that 10 percent of the amount received under this scheme will be spent on activities to be carried out under the Swachhata Action Plan.

The Education Minister said that Punjab is committed to developing government schools as centers of education in the true sense.