Big Breaking: 127 dead During the football match, the supporters of the losing team attacked the field 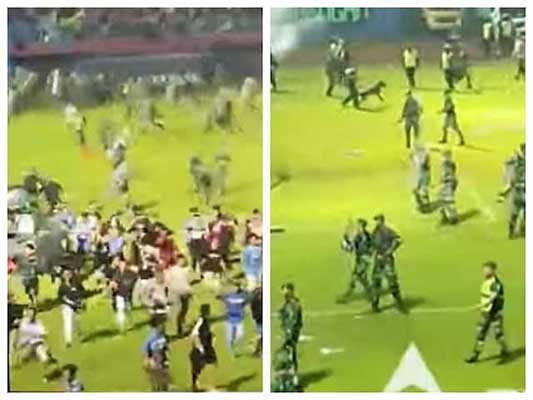 On this, the police fired tear gas shells

Video footage from local news channels showed people running towards the stadium in Malang and carrying the bodies.

The Indonesian top league BRI League 1 banned sports for a week following this match. Persebaya won 3-2 in this match.

The Football Association of Indonesia (PSSI) said an investigation into the incident has been launched.

Such fights and brawls have happened before in matches held in Indonesia. In an atmosphere of intense rivalry between football clubs, violence sometimes erupts between their supporters.

Note:except the headline is edited by team BurningUpdates rest of the article is taken from syndicate feed.