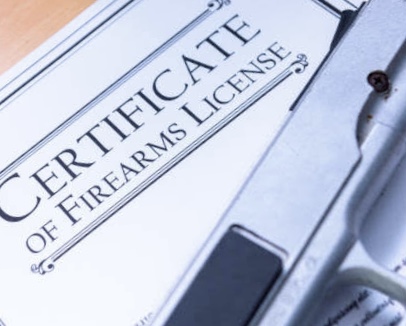 No restriction on issuance of firearm license

There is no restriction on possessing licensed weapons for self-defense, IGP. Sukhchain Gill made it clear

Warning of strict action to those spreading hate

Inspector General of Police (IGP) Headquarters Sukhchain Singh Gill today clarified that there is no ban on issuance of new firearm licenses and possession of them for self-defence in the state.

Dispelling misconceptions about the fundraising campaign against display of arms, he said that anyone can carry their licensed firearm, but it should not be displayed for mere show or to intimidate anyone.

He further said that similarly, new firearms licenses are being issued on the basis of merit, taking into account the facts regarding the danger to a person after proper verification.

It may be mentioned that this campaign has been launched on the instructions of Chief Minister Bhagwant Mann to curb the trend of display of weapons and its promotion.
Under this campaign, along with verifying the address of the license holders, the licensed arms are also being scrutinized.

He further informed that people were given 72 hours to remove their pictures with weapons from social media platforms to prevent display of weapons.

IGP Said that along with this, strict action is being taken in cases related to hate crimes.

They have all CPs/SSPs. It was also asked to adopt a zero tolerance policy against those who spread hatred, who try to break the fabric of society and mutual community.