BREAKING NEWS:Aggressive attitude of 40 Indian students, leads to Deportation back to India 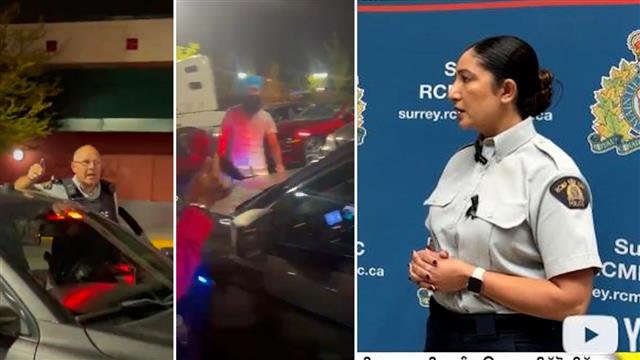 The youth who went to Canada for study from Punjab made a fuss in Surrey. They broke the traffic rules and also tried to obstruct the work of a police officer. They were surrounding the car and Intmidating him

A video of the incident is also going viral on social media. The administration has started the process of deporting these 40 youths.

Canada Police Constable Sarabjit Kaur Sangha said in a conversation with the local radio there that about 40 young people were walking around Strawberry Hill Plaza on 72nd Avenue.

Loud speakers were installed on these vehicles. The silencer of one car was removed. Which a young man was driving continuously at high speed in the parking lot. All this went on for about three hours.

Meanwhile, a local resident called the police on 911, after that a police officer

of traffic control reached the spot. He stopped the youths from doing. Gave a written notice to the car driver with a silencer and a penalty ticket. In this notice, the young man was asked to bring his car as per the rules within a month.

In the video of this incident, which is viral on social media, it can be clearly seen that the youth are surrounding the police officer and misbehaving with him.