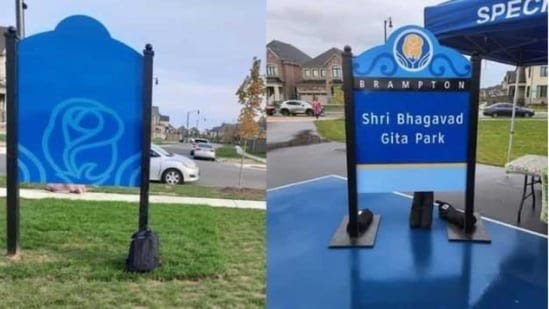 Violence against Indians continues in Canada. Now the Bhagwat Gita Park here has been vandalized by miscreants. This was confirmed by Mayor Patrick Brown. He said that this park was inaugurated recently.

Before this incident, there were also reports of vandalism in Swaminarayan temple in Canada. Mayor Patrick Brown condemned the incident and said that we have zero tolerance for it.

He said that the matter is being investigated by the police. He has assured that the government will take strict action against such incidents.

The Indian High Commission in Canada has expressed concern over this matter. We condemn the hate crime at Brampton’s Sri Bhagavad Gita Park and urge the Canadian authorities and police to investigate and take immediate action against the perpetrators.