Case registered against the owner of the furnace ,Allegations of throwing manager in 1600 degree hot furnace 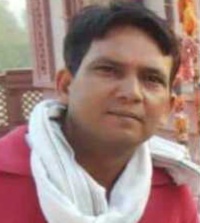 A terrible incident has taken place in the washing area of ​​Hapur. Asif Ali, the owner of the iron smelting furnace, is accused of killing the 40-year-old factory manager Anurag Tyagi by putting him alive in a burning furnace with a temperature of 1600 degrees.

The police is investigating the case, but the preliminary investigation has revealed that Asif Ali, the owner of the iron smelting furnace, had some dispute with the factory manager Anurag Tyagi. When the matter escalated, first the Tyagi was killed until he died and then he was picked up and put alive in a burning furnace with a temperature of 1600 degrees.

Manager Anurag Tyagi was crushed in a few seconds. The accused has said in his defense that the manager fell into the iron furnace and was burnt alive, but the family members have accused the owner and employees of the factory of murder.Victim’s brother said, “My brother had begun work on Friday morning around 9 am. In the afternoon, the workers there called us to inform me that Anurag had been injured. After a few minutes, the police called and asked me to come to the factory. When I reached there, everyone said he had died by suicide. His body was not found there though. It is murder as Anurag had a dispute with the owner. The factory managers had even removed the DVR (digital video recorder) of the CCTV.”