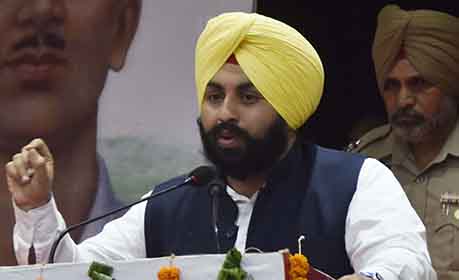 On the orders of Punjab School Education Minister Harjot Singh Bains, a letter has been issued to start the government senior secondary school Mundian Kalan in Ludhiana district in double shift.

According to the letter issued in this regard, orders have been issued to start Government Senior Secondary School Girls in double shift with immediate effect.

It is to be mentioned here that School Education Minister Harjot Singh Bains visited this school on 15 September 2022.

About 2500 students were studying in this school, half of them were forced to study sitting under the open sky, on which Bains expressed his unhappiness.

The Minister of School Education had ordered to solve these problems soon and issued orders to speed up the construction of required rooms.