First death from monkeypox in Argentina 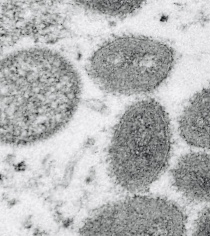 Argentina now becomes the latest country to confirm cases of monkeypox as part of a global outbreak that has seen the rare virus sprout up in several countries that are not usually known to have outbreaks.

The first confirmed case involved a man who traveled to Spain from April 28 through May 16 and had symptoms compatible with monkeypox, including lesions and a fever, on Sunday.

All of his close contacts are being monitored and none have presented any symptoms to date, the Health Ministry said.

The second confirmed case involves a resident of Spain who arrived in Argentina on Wednesday and has no ties to the first case.

The first death from monkeypox in an adult man has been reported in Argentina. Ministry of Health announced this. The ministry said in a statement on Monday that the 44-year-old man had been “on ventilator since October 9.” Argentina’s Ministry of Health has formed a task force for surveillance and specific recommendations for health teams and populations after the first cases of the disease were reported in non-endemic countries.

As of November 22, the South American country had accumulated 895 cases of monkeypox, a weekly increase of 3.46 percent, according to official data. The city of Buenos Aires accounted for more than 66.4 percent of confirmed cases, with the provinces of Buenos Aires and Cordoba accounting for 94.9 percent of national infections, the statement said. 15 of the country’s 24 provinces have reported infections since the first case was reported on May 27, Xinhua News Agency reported, while the average age of the reported cases was 35 years.