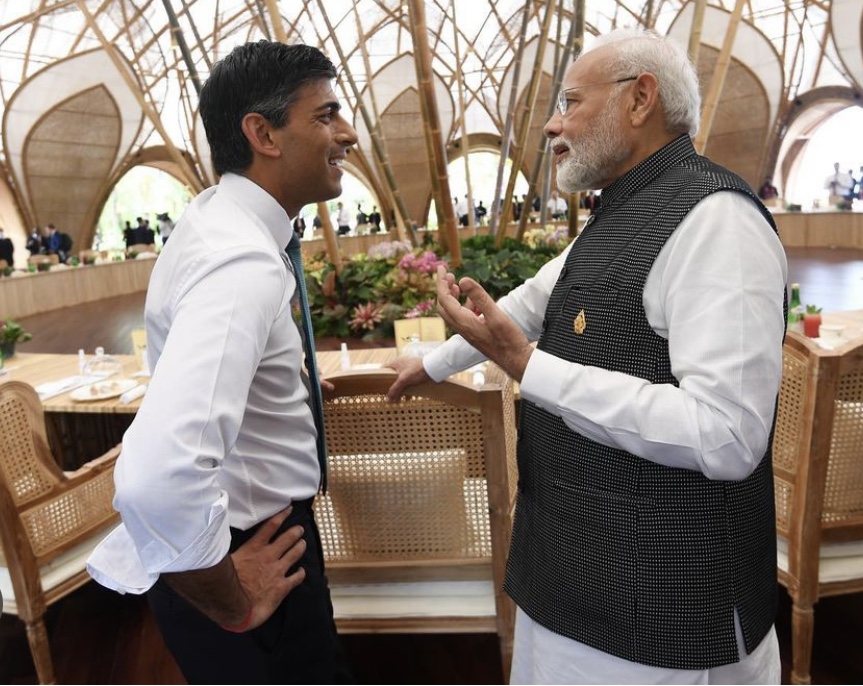 After the G20 meeting, PM Modi tweeted that a productive day at the Bali G-20 summit. Met world leaders and shared their views on key issues. Even in the meeting of G-20 countries held in Bali, the Prime Minister had taken one unique gift from India for the leaders of all the countries. The special thing is that each of his gifts was a living example of Indian architecture and folk art.

More than one gift to the leaders of the world
1) America: India presented ‘Kangra Miniature Paintings’, which usually depict ‘Srinagar Rasa’ or love on a natural background. The art originated in the small hill state of Guler in the first half of the 18th century, when a family of Kashmiri painters took refuge at the court of Raja Duleep Singh of Guler, trained in the Mughal style of painting. These exquisite paintings are made today by the master painters of Himachal Pradesh using natural colors.

2) United Kingdom: India gifted the United Kingdom the Mata Ni Pachedi from Ahmedabad, which is a handmade cloth from Gujarat and meant as an offering in temples where the Mother Goddess resides. Mata ni Pachedi was composed by the nomadic community of Vagharis as a reverence for the various incarnations of Mata, the divine singular form of the goddess from which other epic narratives of Mata or Devi or Shakti appear.

3 ) Australia: India gifted Australian PM Anthony Albanese the ‘Pithora’ of Chhota Udaipur, a ritualistic tribal folk art by Rathwa artisans of Gujarat. These paintings are depictions of cave paintings that the tribals used to depict the social, cultural, and mythological life and beliefs of those tribals. These include all the gifts of nature along with various aspects of human civilization, engaging in the childlike joy of discovery. At the same time, a plethora of murals has a special significance in the history of cultural anthropology and brings a sense of exuberant energy in color dating to mankind’s earliest manifestations of creativity.

4) Italy: PM Modi gifted Italian Prime Minister Georgia Meloni a ‘Patan Patola Dupatta’ or ‘Patan Dupatta’, a fabric woven by the Salvi family in the Patan area of ​​North Gujarat. It looks like a festival of colors, which can be worn from both front and back.
5) ) France, Germany, and Singapore: PM Modi gifted the ‘Agate Bowl’ of Kutch, a semi-precious stone made of chalcedonic silica, to these three countries. It is found on the banks of the river in the underground mines of Rajpipla and Ratanpur and extracted.