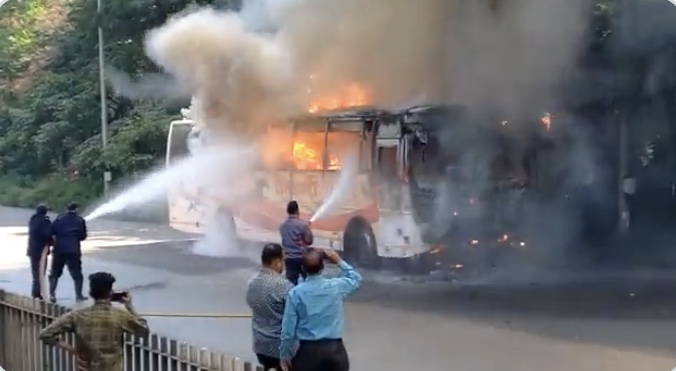 Therewas a huge fire in the bus, the driver saved the lives of 42 passengers, see viral video

A sudden fire broke out in a Shivshahi bus at Shastri Chowk in Yerwada area of ​​Pune. The driver took action as soon as he got the information about the fire in the bus. By which a big accident was avoided. It is reported that no one has died in this accident. During this time, the bus has suffered a lot of damage in the fierce fire. Many people captured the horrific incident of the bus engulfed in flames in their mobile cameras. The video of the incident has gone viral on social media.

The Shivshahi bus left from Shastri Chowk in Yerwada after covering a long distance from Yavatmal to Chinchwad. The bus suddenly broke down while running on the road. On which the driver immediately suspected. The driver took the bus to the left side of the road and stopped it. Passengers were disembarked as a precaution. The video of the incident went viral on social media