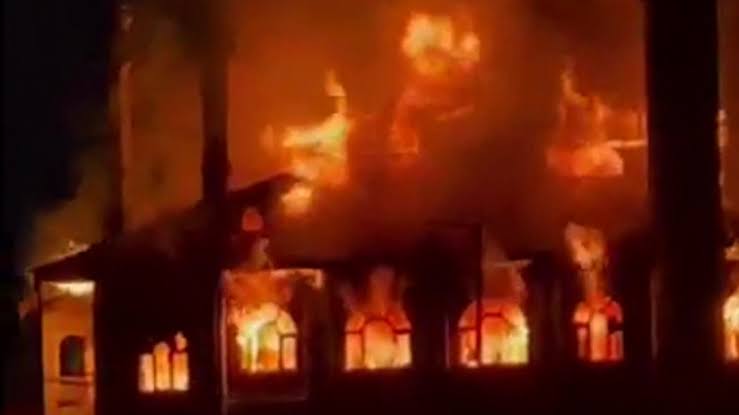 There was a huge fire in Kargil’s Jamia Masjid
Ladakh. There is news of a massive fire in a mosque in the Kargil district of Ladakh. According to the information received, the fire broke out in the Jamia Masjid in Drass, Kargil. The fire was brought under control with the help of the army, police, fire department, and emergency department, although the mosque was heavily damaged. The mosque suffered a lot of damage from this fire. A video of this fire in the mosque is going viral on social media.

A massive fire completely damaged Jamia Masjid in Drass area of Kargil. The fire was later doused with the help of Army, Police and Fire and Emergency department, however, it caused massive damage to the Masjid. pic.twitter.com/898bUbYdik