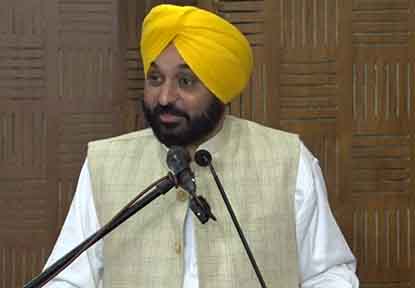 Punjab Chief Minister Bhagwant Mann said that along with equipping the existing government hospitals with the latest facilities, attention is also being given to opening new hospitals. He expressed the hope that Punjab would soon emerge as a hub for health care and medical education.

He said that a large-scale recruitment campaign has been launched to fill all the vacant posts in the health department. Bhagwant Mann said that the only purpose of these efforts is to ensure that people can get good health facilities in the state.

Punjab Chief Minister Bhagwant Mann announced the strengthening of government healthcare infrastructure across the state to provide state-of-the-art treatment and diagnostic services to the people.