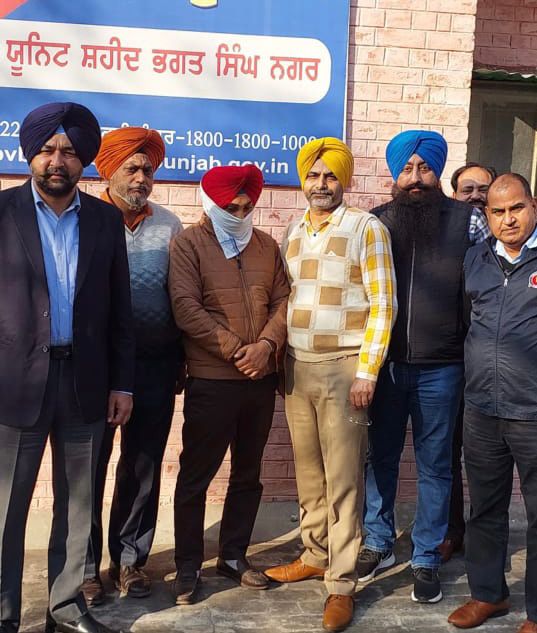 During the financial campaign against corruption by the Punjab Vigilance Bureau, Banga, SBS nagar today. Markfed Assistant Regional Officer Gurlal Singh, posted as Branch Manager , has been arrested for demanding a bribe of Rs 52,000.

Giving information in this regard, the spokesperson of the Vigilance Bureau said that the said accused officer has been arrested after investigating the online complaint registered on the Chief Minister’s anti-corruption helpline.

Giving further details, the spokesperson said that the complainant, Rajiv Kumar, resident of village Hakimpur, tehsil Banga, informed that he is an arhatiya   in Dana Mandi Banga and the said Markfed official had exchanged government purchase of 52,000 bags of paddy from his shop during the last season and Demanded  bribe by the sack.
The complainant further told the Vigilance Bureau that the deal in this case has been fixed for Rs 52,000 but he does not want to pay bribe.
The spokesperson further said that the allegations made in the complaint were investigated by the Vigilance Bureau and a case of corruption was registered against the said Markfed official after the allegations of bribery were proved.

He further informed that a case has been registered under Section 7 of Prevention of Corruption Act at Jalandhar police station of Vigilance Bureau and further investigation of this matter is going on.