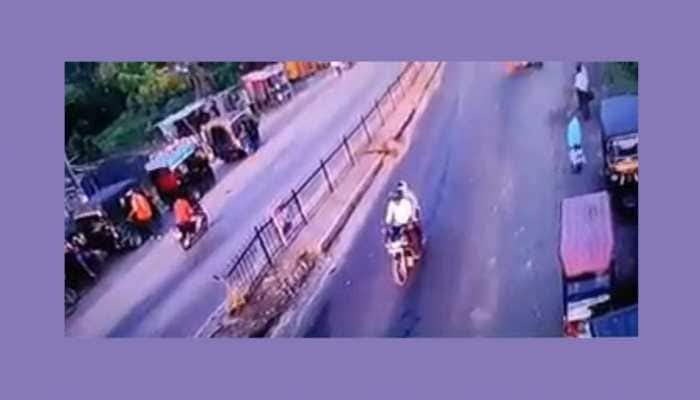 Since around 6 pm, two psycho criminals on a bike are moving from Barauni police station area of ​​Begusarai district to Teghra police station and Bachwara police station area. So far, they have shot 11 people who were passing by the roadside and continued to fire continuously. Eyewitnesses say that both psycho shooters were intoxicated and both were firing.

On the other hand, both are being described as crazy by the police. The two psycho criminals shot 11 people at different places within 40 kilometers. After shooting 11 people, the two criminals have fled towards Patna via Rajendra Bridge. The police are on a raid to nab the criminals.

2 people in Begusarai, Bihar has surfaced. Both criminals shot people on their way and fled towards Patna.

According to initial information, two psycho bike riding criminals have shot two people in Malhipur of Begusarai, three at Barauni Thermal Chowk, two in Barauni, three in Teghda and two in Bachwara.

According to the news, the bike-riding criminals first shot two different youths near Aadharpur Chowk and Ayodhya Chowk on National Highway 28 under Teghra police station and left. The condition of both is being said to be serious. Both have been admitted to private clinics with the help of local people. After that both criminals reached Teghra NH 28 near DPS School and shot a youth resident of Shokahara and left.