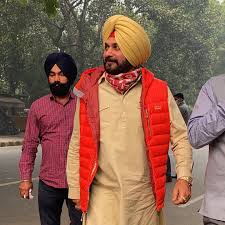 The agitation among the Punjab Congress has intensified and it is believed that senior Congress leader Navjot Sidhu, who is locked up in the Patiala jail in the Rodredge case, may be released on January 26.

Even before the release of Sidhu, preparations have been made by big Congress leaders. Posters have been printed by Navjot Sidhu’s faction and the time table has been given at what time to bring him from the jail.

A senior Congress leader said that Navjot Sidhu is being released on January 26 and high-level meetings of the Congress are going on to welcome Sidhu.

On the other hand, on the release of Navjot Sidhu on January 26, CM Bhagwant Mann has said that this matter is a secret and we cannot give information about it in the media beforehand.