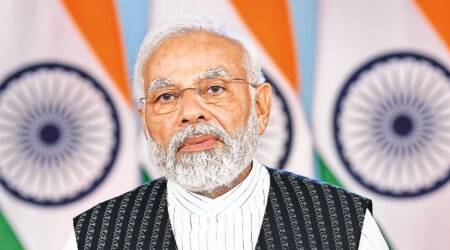 Prime Minister Narendra Modi  will reach the city of Bali, Indonesia on Monday i.e. November 15 to attend the G-20 summit. The PM  will participate in three key sessions – food and energy security, health, and digital transformation. They will stay  there for three days. This summit is considered special for India. The heads of state of other countries including India, China, and America  participated in the summit. During this time, it is expected that there will be extensive discussions on global challenges including the Russia-Ukraine conflict and its effects. Prime Minister Narendra Modi will stay in Bali, Indonesia for about 45 hours. He will participate in about 20 programs there. It also includes the G-20 summit. Sources said that PM Modi will leave for the Indonesian city on Monday. There will be bilateral meetings with about 10 global leaders. Will meet and interact with Indian expatriates in the diaspora of Indonesia. A welcome ceremony is held here for Modi. An official source said that the Prime Minister’s visit to Bali will be ‘busy and beneficial.
PM Modi will participate in three major sessions. Earlier, Foreign Secretary Vinay Vijay Mohammed Kwatra gave information about the PM’s visit on Sunday. He said that Modi will participate in three key sessions at the G-20 summit – food and energy security, digital transformation, and health. The summit will be held on 15 and 16 November. Indonesia will hand over the G-20 presidency to India at the closing ceremony of the annual meeting. Chinese President Xi Jinping, American President Joe Biden, British Prime Minister Rishi Sunak, and French President Emmanuel Macron will also participate in the summit. The meeting with Xi Jinping is not scheduled. Kwatra said that other than the summit, PM Modi will hold separate bilateral meetings with many leaders, but he did not give a direct answer to the question of whether there will be a meeting with Xi Jinping or not. Kwatra said- these bilateral relations with other leaders are still in the process of being determined. The development will be discussed in the meetings. Earlier, Modi and Xi participated in the annual summit of the Shanghai Cooperation Organization (SCO) in Samarkand, Uzbekistan in September. However, there was neither a bilateral meeting nor any meeting between them.
These challenges will be discussed among global leaders. Kwatra said that Modi will hold a wide-ranging discussion on major issues including the global economy at the G-20 summit. It proposes issues related to energy, the environment, agriculture, health, and digital transformation. Modi is participating in the summit at the invitation of Indonesian President Joko Widodo. Global challenges will be discussed. Economic reforms after the pandemic, debt fragility in countries of the Global South, the ongoing conflict in Europe and its effects, food security challenges in all countries of the world, the energy crisis, and inflation will be discussed. We will talk about the importance of multilateral cooperation to help deal with these challenges
Modi’s meetings with global leaders are not fixed… The foreign secretary said that the summit is special for India because India will chair the G-20 group for one year from December 1. It will be chaired by India in Bali. The Prime Minister will receive the chairmanship of the G-20 from the President of Indonesia in the closing session. India will host the next G-20 summit in September 2023. Apart from this, Modi will also invite leaders of other countries to India’s G-20 summit. India will try to give a big voice to issues of global interest as the next president. Along with this, G-20 will advance the agenda. He said that Modi’s meetings with other leaders are still in the process of being scheduled. Modi will brief on India’s emerging G-20 priorities in bilateral talks and will also review key issues in bilateral relations.
Modi will meet the Indian community and interact with them in Bali on November 15 at a reception ceremony. The Indian community and expatriates throughout Indonesia are considered to be in a strong position. Modi will leave for Bali on November 16 after the Bali Summit. Indonesia and Brazil will participate during India’s G20 presidency. It will be the first time in G-20 that three developing countries and emerging economies will be included in the troika. These countries are included in G-20 G-20 or group of 20 countries is an intergovernmental forum of the world’s leading developed and developing economies. This group includes Argentina, Australia, Brazil, Canada, China, France, Germany, India, Indonesia, Italy, Japan, the Republic of Korea, Mexico, Russia, Saudi Arabia, South Africa, Turkey, Britain, America, and the European Union (EU). are The G-20 is a major forum for international economic cooperation, representing approximately 85 percent of global gross domestic product (GDP), more than 75 percent of global trade, and nearly two-thirds of the world’s population. India is currently part of the G-20 troika (the current, past, and future presidencies of the G-20), which includes Indonesia, Italy, and India.

Note:article is taken from syndicate great ,except the headline is edited by team Burningupdate.