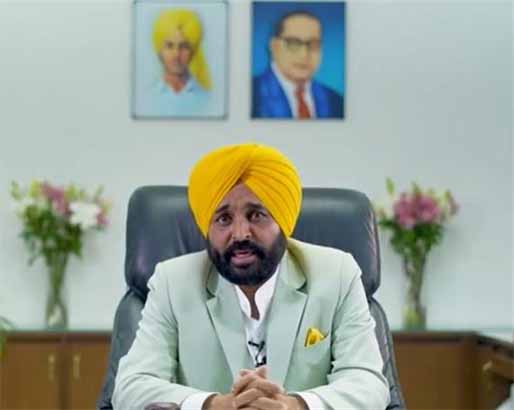 Burning updates
NEW DELHI : Punjab Chief Minister Bhagwant Mann announced today that the government has regularised 9,000 temporary teachers. CM said that a notification has been issued on the regularisation of teachers. 36,000 more teachers will be regularised according to the promise made on Teachers day this year’ CM added.
Punjab Cabinet approved a policy for regularising the services of contractual, ad hoc, daily wage and temporary teachers who have completed 10 years of service. It decided to regularise the services of around 9,000 teachers by placing them in a special cadre.

According to the policy, the beneficiary employees will continue in service till 58 years of age and they will be treated as fresh appointees. The decision was taken in a meeting of the Council of Ministers chaired by Mann, according to an official release. A three-member committee, formed to explore the ways and means to regularise the services of the contractual employees, submitted its report to the Cabinet which accepted the same.