Punjab Governor’s Big Statement; It is the duty of every school and teacher to implement the new education policy 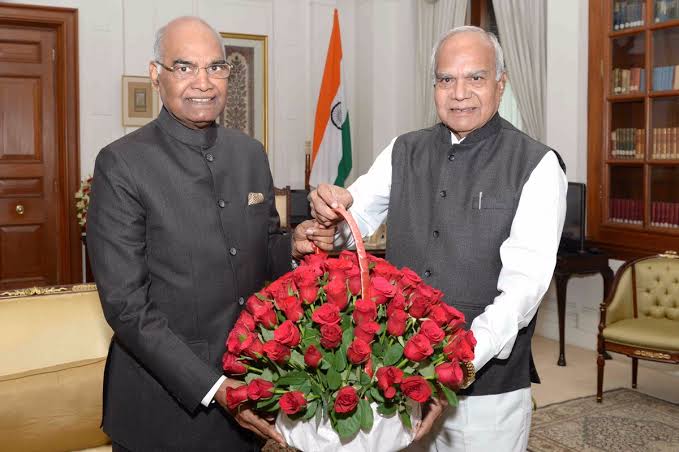 Private schools and institutions in the country play an important role in implementing the New Education Policy-2022 as 26 percent of the total number of schools in India are private schools. These words were expressed by Punjab Governor and UT Administrator Banwari Lal Purohit.

Speaking on the occasion, Banwari Lal Purohit praised the contribution of private schools and said that private schools play an important role in implementing the new education policy-2022 announced by the Government of India.

Which cannot be ignored. He said that private schools have a big responsibility in ensuring 100 percent enrollment so that education can be made accessible to every child in the country. He also inspired the principals and representatives of the schools participating in the event from across the country to implement the new education policy at the ground level.

He said that education has been the core of India’s development since ancient times. Our forefathers hundreds of years ago built the world’s best universities in the form of Nalanda and Takshila and established the largest libraries. They said that a good education system is the foundation of an enlightened society, leading to a progressive, democratic society. is constructed.

He said that no doubt India has made a lot of progress in the fields of science, technology, innovation and economic development, but only the construction of factories, dams, roads is not the real development but we have to be faithful to our values, spiritual and cultural heritage in our minds. will also have to be maintained.

He said that our educational institutions should have such teachers who can shape the thoughts of young minds and teachers can play an important role in inculcating right values ​​in the minds of students.

He said that educational institutions have a great responsibility to inculcate values, discipline, dedication and commitment towards the nation in the young minds. There is such strength in a strong and quality education system, which will help India rank among the leading countries of the world.
He said that there is no basis for education without values. He appealed to the school heads and said that schools must focus on values-based and comprehensive education.

He said that today the world is facing the challenges of violence, terrorism, intolerance and environmental degradation. He emphasized on the need to impart values ​​of truth, tolerance, integrity, secularism and inclusiveness to children so as to make the world a safer and better place to live.

He said that it is time for all the countrymen to unite for building a developed India by focusing on the implementation of the new education policy. He said that ‘in the amritkal of independence’ there is a golden opportunity for India to establish its ancient reputation and establish itself as a superpower of knowledge in the world.

Speaking on the occasion, Punjab Vidhan Sabha Speaker Kultar Singh Sandhwa said that private educational institutions are making a significant contribution in providing quality education required by the society. He said that in the last 20-25 years, private educational institutions have played an important role in keeping Punjab on its feet. He said that the status of a teacher in the society is similar to that of God.

He said that the teachers have a great responsibility towards the students, that they should take serious steps to connect the students with their culture, history and mother tongue. He said that respect all languages ​​but it is extremely important to stick to your mother tongue.
Therefore, when we see the menace of violence, drugs and unemployment today, the role of the teacher becomes even more important. Teachers should hold the hand of every student so that their standard of living can be raised and a bright future can be ensured.

Note:only the headline is edited by team Burning update rest of the article is taken from syndicate feed.