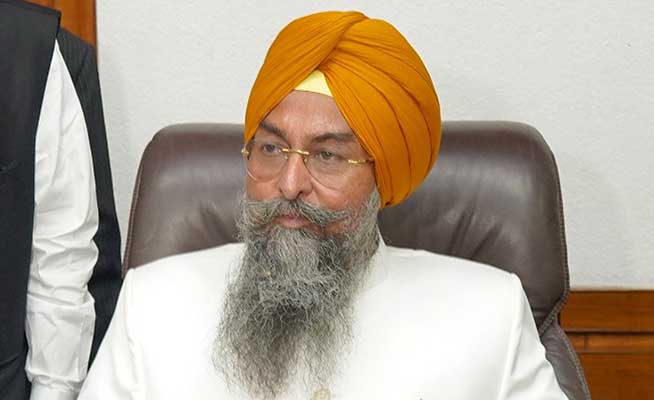 Vidhan Sabha Speaker announced to give one lakh rupees from his discretionary quota to villages that do not burn straw.

Punjab Vidhan Sabha Speaker Kultar Singh Sandhawan, taking a new initiative, has announced to give one lakh rupees each from his discretionary quota to the village panchayats of his constituency who do not burn paddy stubble.

Sandhavan has said that the burning of stubble has a negative impact on the environment along with loss of fertility of the land. He said that according to the guidance of Gurbani, the people of Punjab love nature the most.

As people are getting aware of the harm of stubble burning, they are abandoning this trend. He said that the day is not far when the people of the state will completely abandon the trend of burning straw and wheat.

Sandhwas have continuously
aware people about not burning stubble, and also honored Okwho do not do so. Last day, he honored the farmers of different districts of the state during a ceremony at the Vidhan Sabha.

It was a unique initiative of its kind. In this honor ceremony, 18 farmers from Faridkot district, 13 from Moga, 10 from Sangrur, 1 from Rupnagar, 10 from Gurdaspur and 7 from Ludhiana and Barnala were honored. He also appealed to the farmers to plant more trees.