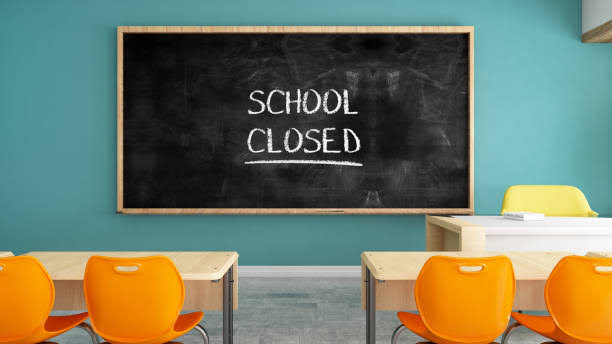 The Delhi government has banned the conduct of primary classes in government and private schools in the capital. The state government has taken this announcement due to poor air quality in the national capital region. The Delhi government made this announcement to keep the schools closed today, on November 4, 2022. Let us inform that the Air Quality Management Commission (CAQM) in Delhi has recommended the implementation of GRAP 4 level protocols in the capital. The Air Quality Index (AQI) reached 472 on Friday morning. Dense fog is covering the whole of Delhi. AQI is a measure of air quality, above 450 it is considered very serious i.e. dangerous to the lungs. Due to the increasing pollution, the Noida administration has decided to take online classes for children from Friday to class 8. At the same time, primary schools in Delhi will remain closed from Saturday. Kejriwal announced this in the press conference.

Updates have started pouring in regarding the closure of schools in the National Capital Territory of Delhi and its adjoining areas due to the extremely poor air quality situation. Orders have been issued to keep schools closed in Noida and Greater Noida, adjoining Delhi and NCR areas. According to the order issued by the Gautam Budh Nagar administration on the evening of Thursday, November 3, 2022, schools from class I to VIII will be closed till November 8 and during this time the students will be educated through online classes. Similarly, the schools have been instructed by the district administration to conduct classes in online mode for senior classes i.e. students from class 9th to 12th.
Stubble burning is said to be the cause of pollution

According to the survey of the local circle, 53% of the people of Delhi-NCR say that stubble burning is the main reason for increasing pollution. In the survey conducted on 20 thousand people, 13% considered vehicles responsible for pollution. At the same time, 56% people are opposing the implementation of the odd-even formula in Delhi.

AQI above 400 in these areas of Delhi

Due to increasing pollution, the number of respiratory patients in the OPDs of hospitals has increased. Earlier, 20-25 respiratory patients used to come to OPD every day, now this number has increased to 70-75. The National Commission for Protection of Child Rights has urged the Delhi government to close the schools. Polluted air has increased the risk of not only respiratory diseases but also heart and brain stroke as well as miscarriage. Dr. Randeep Guleria, former director of AIIMS Delhi, says that the study of The Lancet shows that due to air pollution being in the very poor category, the effect of pregnant breathing on the fetus. This slows down the development of the fetus, as well as increases the risk of miscarriage. Dr. Uma Kumar, Head of AIIMS Rheumatology Department said that due to increase in pollution, the problems of arthritis patients increase. Auto-antibody positive was found in blood samples of those who did not have symptoms of arthritis. The number of such people was 18%. Now such patients will be studied again.

Note:except the headline is edited by team Burningupdate rest of the article is taken from syndicate feed,