This show cause notice has been issued on allegations of negligence during the Mera Ghar Mera Naam campaign. It should also be mentioned that these notices were issued on October 4, while they have reached the media today. 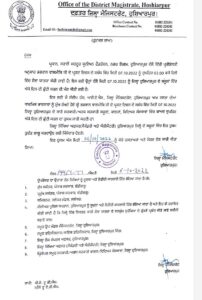