Terrible Road accident in Nashik, Compensation of 2 lakh to the heirs of deceased 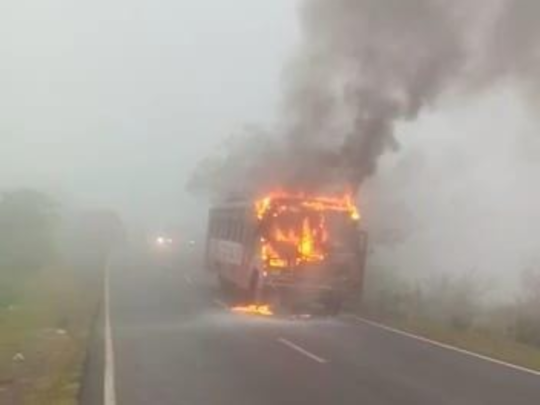 Breaking News: 11 people including a child died in a terrible road accident

A terrible accident in Nashik, 11 people including a child died in a road accident. The accident took place when a private bus and a container collided at night and caught fire.

Nashik police said that at least 11 people died after a bus caught fire on Friday night,On this accident, Prime Minister Narendra Modi said “I am saddened by the death of 11 people in a bus accident in Nashik. My condolences go out to those who have lost loved ones in this accident. The local administration is providing all possible help to the affected people. The injured should be treated as soon as possible.”

The Prime Minister has also announced compensation for the families ,who lost their lives in the accident. He said that 2 lakh rupees will be given to the heirs of the deceased and 50 thousand rupees to the injured by PMNRF.