The court issued a bailable warrant against DSP. 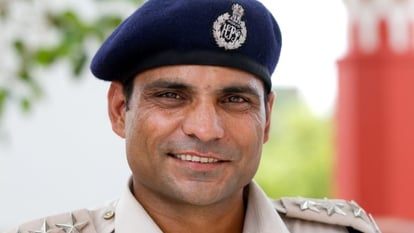 The court issued a bailable warrant against DSP Sharma, also imposed a fine of Rs 5000

In the molestation and SC-ST Act case, the JMIC Antarpreet ‘s court has issued bailable warrants against Joginder Sharma Hisar DSP for not appearing during the hearing. Joginder Sharma is now working in Ambala. DSP has also been fined 5 thousand rupees.

On July 10, 2021, a youth from a village in the district filed a case against Rajendra, resident of his village ,at the Azad Nagar police station for molesting his wife, beating her and under sections of the SC-ST Act.

The victim alleges that the youth took advantage of the identity of the leaders and colluded with the investigating officer DSP Joginder to remove the sections of the SC-ST Act from the case. Advocate Rajat Kalsan filed a petition in the court on behalf of the petitioner.

Along with this, SP Ambala has directed DSP Joginder Sharma to appear in court. Rajat Kalsan said that if the DSP still does not appear, the court can also issue an arrest warrant against the DSP.