The Guinness Book of World Records declared ‘Monday the worst day of the week’, know why? 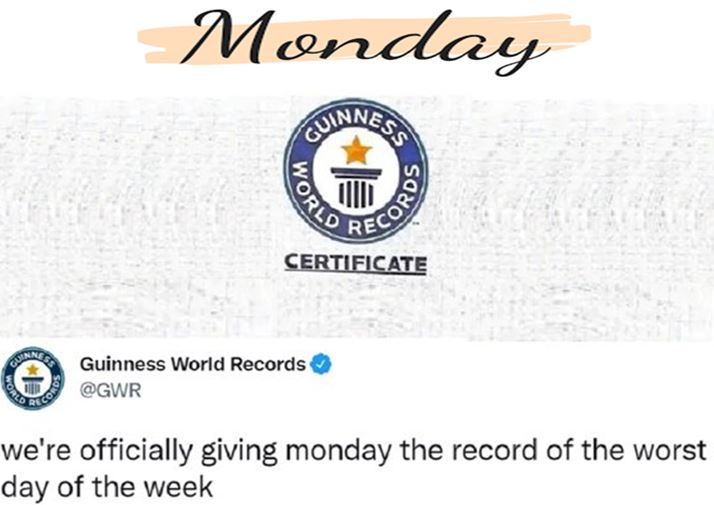 The Guinness Book of World Records declared ‘Monday the worst day of the week’, know why?

The Guinness Book of World Records said that actually the number of Monday comes after Saturday and Sunday, meaning it comes after two holidays. On this day people feel lazy to go to office or other work places. Many times people even write on social media that there will be a lot of work load on Monday. There is going to be a lot of work pressure today. Keeping this in mind, the Guinness Book has written like this. According to the Guinness Book, very few people have a holiday on Monday, so most people want to settle their work on Monday.
User enjoyed on social media
The tweet has so far received likes from more than four lakh people and more than 75 thousand retweets. This tweet of Guinness World Record is going viral on social media. Users are giving different feedback. One user wrote, ‘It took you a long time to announce this’. On the other hand, another user wrote that that’s why I take leave on Monday only. Another user wrote that you are right because it feels lazy to return to work after two days of rest.