The Punjab Cabinet Sub-Committee has given instructions to the officials 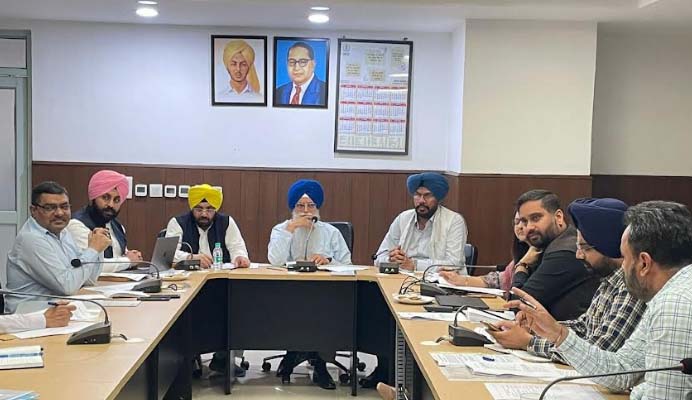 To review the preparations being made for the G-20 Summit, a meeting of the Sub-Cabinet Committee under the leadership of Local Government Minister Dr. Inderbir Singh Nijjar was held today on Monday at the Municipal Bhavan, Chandigarh. Cabinet Sub Committee members Kuldeep Singh Dhaliwal, Harjot Singh Bains and Harbhajan Singh were also present in the meeting.

Giving information in this regard, Minister of Local Government Dr. Nijjar said that the G-20 summit is going to be held in the holy city of Amritsar in March 2023 possibly on 15 to 17 March 2023.
Presidents and Prime Ministers of major countries and other international delegates will also attend this G-20 Summit. He said that it is a matter of great pride for the state that this international level event is going to be held in the state of Punjab.

Cabinet Minister Dr. Nijjar further informed that about 100 crore rupees will be spent on development works for the beautification of the city of Amritsar for the G-20 summit.

He said that extensive arrangements will be made for the success of this global event. The Minister of Local Government revealed that with this international event, the state will emerge on the world tourism map, while investment is also likely to get a boost.

On this occasion, he gave the details of the works to be done to strengthen the beauty and basic structure of the city and said that whatever work will be done will be not only for the program, but will be strong and durable works according to the needs of the city residents.
He said that the works to be done include repairing roads, street lights, making green belts, painting the Golden Gate, improving solid waste management, installing signage boards, electricity and traffic lights.

The Cabinet Sub-Committee has directed the concerned officers present in the meeting to ensure that the development work to be done at Amritsar is completed within the stipulated time.