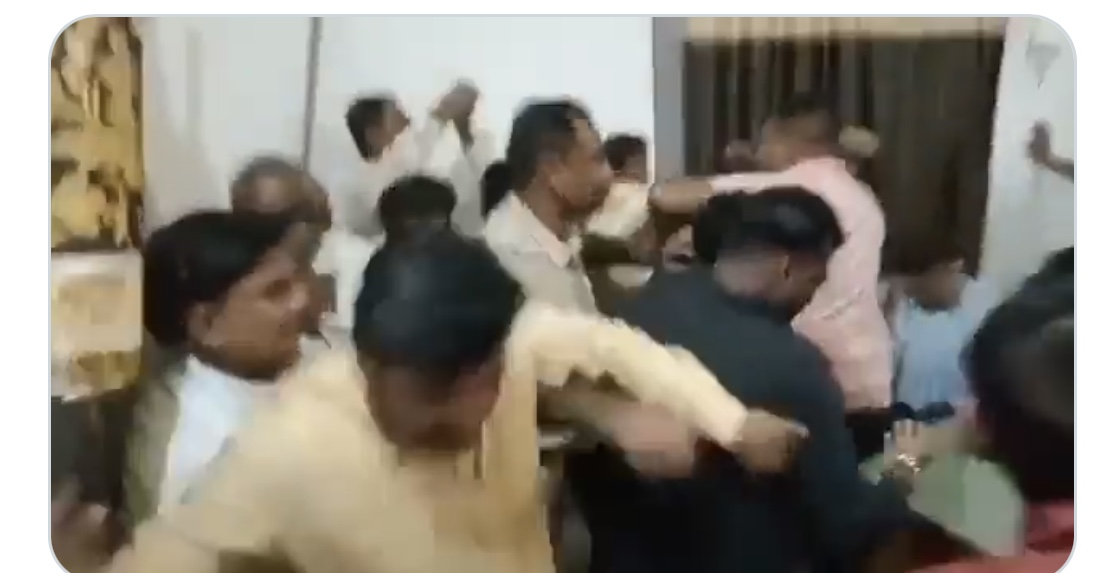 It is common for leaders to quarrel on the platform, but the chair holds the same importance for the administrative officers, you will know this after reading this news. Actually, two officers argued so much about sitting on a chair that the matter reached a fight. Then the two officers started kicking and punching each other in front of everyone. The surprising thing was that the police were also present during this time.

In Rajasthan’s Dungargarh, two officers got into a fight over sitting on a chair and the dispute escalated to such an extent that one officer was severely beaten, that too in the presence of the police. Bhawani Shankar Vyas was working on the post of Executive Officer i.e. EO of Sri Dungargarh Municipality. But on October 21, Vyas was transferred by the government and Lalit Singh Detha was made the new executive officer in his place.
However, Vyas canceled his transfer from the court and reached the office again with the order and sat on the EO’s chair. After some time, Detha also reached the office with his supporters. Meanwhile, seeing Vyas sitting on his chair, he got angry and asked him to move from the chair. Vyas refused and then the debate started. But after some time the argument turned into a fight. The supporters who came with Detha beat up Vyas.