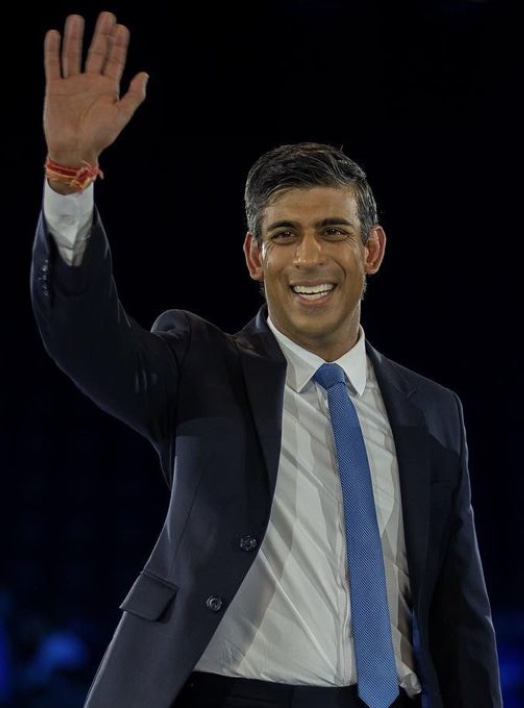 Rishi Sunak has become talk of the town since he took over as British Prime Minister. Let it be known that Sunak had given hints about this before dismissing the ministers. As “he said in clear tones that he was chosen to correct the mistakes made by the old people.”

Sunak began fulfilling his promise within an hour of meeting King Charles II. He had said that “work will start immediately” without any delay. Sources said that he has asked for the resignation of several members of the ministerial team of former PM Liz Truss before announcing his new cabinet. So far three ministers have been asked to resign.

They include Business Secretary Jacob Rees-Mogg, Justice Secretary Brandon Lewis and Development Minister Vicky Ford, sources said. Reports indicate that Jeremy Hunt will remain as Finance Minister. According to a British media report,Jacob Rees-Mogg resigned from the government. Rees-Mogg has stepped down as business secretary. According to a report in The Telegraph, Rees-Mogg already knew that he would be removed from the cabinet so he sent his resignation.

Rishi Sunak has been elected as the new Prime Minister of Britain. Sunak will take oath of office and secrecy on October 28. There is an atmosphere of celebration among Indians living in Britain and India when Sunak was elected as PM.

Sunak got married in 2009.Sunak  is son of a pharmacist mother and a doctor father, was educated in one of the most famous schools in England, Winchester and then in Oxford. He worked at Goldman Sachs Group Inc. for three years and later did his MBA from Stanford, California, where he met Akshata Murthy, daughter of Infosys co-founder Narayan Murthy. Both got married in 2009. Both have two daughters Krishna and Anushka.

Rishi Sunak of Indian origin has created history by winning the Tory leadership election in Britain. Rishi Sunak losing the internal party election for the post of UK PM within two months is no less than a movie story. First Liz Truss defeated him, then resigned from the post of Prime Minister in about 45 days and Rishi got another chance to stake his claim. Actually, Boris Johnson resigned after being accused of corruption. After which the Conservative MPs had to choose their new leader. Rishi Sunak and Liz Truss were face to face in the new rivalry. Liz Truss was overwhelmingly supported by Conservative MPs to elect the PM and he won the election. However, Liz Truss could not hold the power of Britain for a long time due to the economic crisis and soon she had to resign from the post of Prime Minister. Britain’s politics took a turn again and on Diwali day, Britain got its first Prime Minister who belongs to Hinduism.
Indians are leaving their mark in all the countries of the world including Mauritius, Canada, America, Australia and Britain. If Kamala Harris is the Vice President of America, Mauritius has also been led by Indians many times. In this episode, Rishi Sunak of Indian origin has become the PM in Britain, so it has become a topic of discussion. For the first time in Britain, someone of South Asian origin has been in power. Rishi Sunak’s ancestors were born in Gujranwala, Punjab, undivided India, now in Pakistan.

This is the reason that apart from India, Rishi Sunak’s connection is being discussed in Pakistan as well. Meanwhile, leaders like Mehbooba Mufti and Shashi Tharoor have said about India under the pretext of Rishi Sunak that when will this happen here. The controversy over this has also intensified. On the one hand, BJP has counted the names of those who will become PM and President from the minority community, on the other hand, Kumar Biswas has criticized Mehbooba Mufti that when a minority will be made the CM of Jammu and Kashmir. It is clear that although Rishi Sunak has become the PM of Britain across seven seas, his coronation is becoming an issue in India. However, whether Rishi Sunak getting the British command is a message for India or not, it is a matter of consideration.

Earlier, US President Joe Biden said that the election of the Indian-born sage Sunak as the Prime Minister of Britain is very surprising and an unprecedented milestone. He said it is an option. And we can choose it every day. This is true in our life and in the life of this country, especially in the life of a democratic country, be it America or India, where 75 years of independence are being celebrated. Britain, where today we got the news that Sunak has become the Prime Minister. At the same time, Sunak, after being appointed as the Prime Minister, said that our country is facing a serious economic crisis due to the Russia-Ukraine war and the epidemic… There were some ‘mistakes’ and he has been elected to correct them. The work is starting immediately. I promise you to deal sympathetically with the challenges we are facing today.

Note:Headline is edited by team Burning Updates,rest of the article is taken from syndicate feed