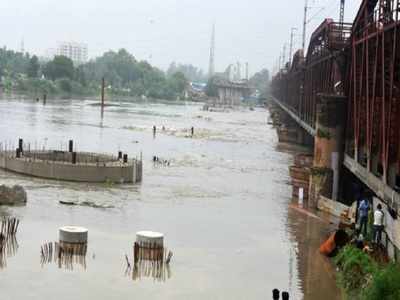 After heavy rains in the hilly areas, the water level of the Yamuna river in the capital on Sunday reached close to the warning mark (204.5 m) and is feared to cross it on September 26.

A flood alert has been issued in Delhi after the release of water from Hathani Kund barrage in Haryana’s Yamunanagar crossed the one lakh cusec mark.

People living in low-lying areas and other flood-prone areas near the banks of the Yamuna river are then evacuated.

The Delhi Flood Control Room reported about 45,352 cusecs of water released at 8 pm. One cusec is equal to 28.32 liters per second.